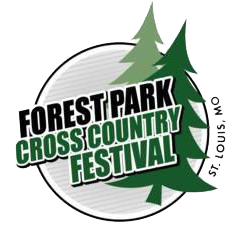 The second annual Forest Park Cross Country Festival nearly doubled in size with more than 2,000 athletes competing over the course of ten races. The story on this day was not one team but rather the incredible depth in the GO! St. Louis Varsity boys and girls races. An amazing 34 runners broke 21 minutes on the girls side with 26 boys dipping under 17 minutes. With 32 teams in each varsity race the compeitition was as tough as any race in Missouri, perhaps including even the State meet. For the second year in a row the meet featured the eventual Class 3 and Class 4 State Championship boys teams.

The hosts from St. Louis University High School won a close battle over Marquette University High School from Milwaukee to take the boys team title at the Festival. SLUH went on to finish the season undefeated in Missouri and finished third at the Nike Team Regional meet in South Dakota. Marquette finished third at the Wisconsin State Meet. The girls team title went to the ladies from Ste. Genevieve who were victorious by a mere three points over a tough Rockwood Summit team led by individual runner-up Aimee Bonte.

The individual title for the girls went to Ladue junior Natalie Todd who blitzed a field that included Bonte as well as State Champions Alyssa Allison from Festus, Lauren Borduin from Rock Bridge and Hilary Orf from Marquette en route to an 18:41 course record. While Todd won by 19 seconds on the girls side, the boys race was much tighter with a pack of five separating themselves from the field from the gun. Kickapoo’s Rick Elliot took the early pace, followed by 4:13 miler Adam Behnke of Lutheran South, Francis Howell North’s Matt Schwab and the dynamic duo of Jacob Swearingen and Nick Niggemann of Potosi. In the end all five runners broke the 16 minute barrier but it was a late charge by Swearingen that sealed the race for the junior. His time of 15:39.6 made him the third fastest performer in meet history.

The girls Junior Varsity race was won by Columbia Rock bridge for the second year in a row as they outdistanced St. Joseph’s Academy by 34 points. Marquette took the freshman girls race, scoring an impressive 34 points. The boys JV and freshman races were won by SLUH, making it a clean sweep on the day for the Jr. Bills.