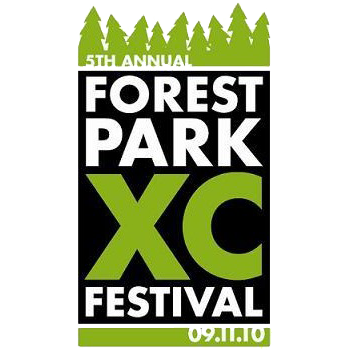 The fifth edition of the Forest Park Cross Country Festival was a muddy one. A week of heavy rains soaked the course and record numbers of athletes promptly tore it up on Saturday morning. By the time the Varsity races went off there was hardly a dry line to be found but that did not seem to affect race winner Colleen Quigley. In arguably the greatest individual performance ever at the Festival, boy or girl, the Nerinx Hall senior dominated the field by nearly a minute and ran the second-fastest time female time ever despite the conditions. Quigley’s run at the Festival was a precursor of things to come as she finished off her season by qualifying for the Foot Locker National Championships where she finished 20th.

On the boys side the field was as deep as it had ever been with the defending champion, Caleb Hoover from College Heights Christian, facing off against the top runners from all over the State of Missouri including Zach Herriott from Rockhurst in Kansas City, Caleb Wilfong from Columbia Rock Bridge, Festus’ Drew White and hometown favorite Tim Rackers from Saint Louis University High School. In one of the meet’s all-time best finishes it came down to Herriott and Wilfong surging back and forth over the final 400 meters with Wilfong, who had looked beaten coming up the final rise, digging down and coming out on top over the final straightaway.

The team battles were exciting as always, especially on the girls’ side, with Lee’s Summit North edging out Jefferson City by just two points. On the boys’ side Festival first-timers O’Fallon (IL) ran away with the title, winning by a whopping 70 points over Marquette University High School from Wisconsin. The three-time defending champs from host Saint Louis U. High had to settle for third.

Other meet highlights included a 1-2 finish from McCluer North teammates Nicholas Stewart and Drew Mueller in the Varsity boys white division, a 20:19 victory from freshman Lutheran St. Peters Courtney Rogers in the varsity girls white division and a sprint-to-the-finish in the freshman girls race that saw Kaitlyn Cravens from Gelndale edge out Mckenzie Elam from Oak Ridge by one tenth of a second.