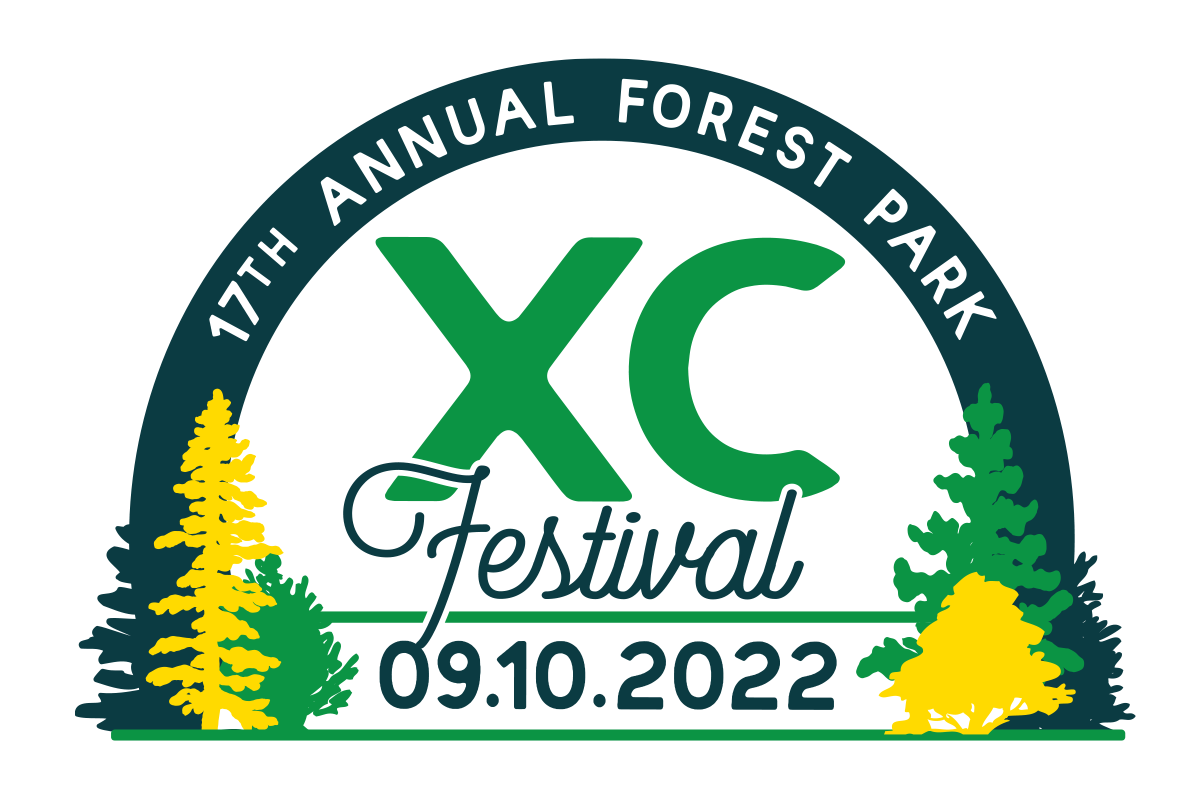 The footprint of the 17th edition of the Forest Park Cross County Festival remained the same as 2021, so returning runners had some familiarity with the course. Although the forecast initially called for potential rain and overcast sky, the sun shone brightly most of the day with warmer temps.

The regional pull of great competition at FPXC was on display in 2022. Top teams from Arkansas and Oklahoma toed the line with Missouri powerhouses from the Kansas City area and Springfield along with hometown St. Louis teams. In both the High School Boys and Girls Green Divisions, Bentonville High School (AR) took the team win with tight packs toward the front of each race. Both of these teams have multi-year state champion streaks going in Arkansas’ largest class, so it was a privilege to witness them race.

On the boys side, defending Class 5 XC State Champions, Kickapoo, finished 2nd behind Bentonville, and Rockhurst returned to the podium at FPXC for the first time since 2018 taking third.

In the individual race, Dylon Nalley, a junior from Marion (IL), won in a dominating performance. He pushed to a 10 second lead at the mile mark and continued to extend the gap all the way through the finish line clocking a speedy time of 15:29 in a solo effort on what wasn’t necessarily a speedy day. That time earned Dylon the #21 spot on the FPXC All-Time List, a list which hadn’t seen a new time added since 2017.

In the Girls Green Varsity Race a strong Lafayette team led by individual race champion Grace Tyson (Sr) came closest to the Bentonville Tigers to take second place. Another visiting team, Owasso from Oklahoma, rounded out the podium in 3rd place. Grace Tyson finished 2nd at last year’s FPXC to Julia Ray (Sr., MICDS) and seemed determined to flip that as the race went off. Grace pushed the pace early and never looked back. It was a nice achievement for Grace who finished 3rd at FPXC as a freshman, 2nd as a junior and finally took home the win as a senior.

In the Freshmen Boys 3k, the 1-2 finish of Kickapoo’s Henry Barker (1st) and Isaac Swenson helped lead their team to victory. Kickapoo scored a low 36 points with St. Louis University High finishing close behind in 2nd (46 poitns) and Rockhurst 3rd (52 points) in a great team battle.

On the freshmen girls side, sometimes just showing up is rewarded. Cor Jesu Academy was the only school to field a freshman girls team and was thus crowned team champion. In addition, every runner in the race earned a medal. Shoutout to three teammates from Highland (IL) who went 1-2-3 in the race, all running under 14 minutes. Vivian Marron was the freshman girls 3k winner in a time of 13:38.

With three runners in the top 4 finishers of the Middle School Boys 3k, it was Washington Middle School who upset last year’s middle school boys champions Festus by a slim margin of 3 points for the team victory. Eighth grader Mason Bliss earned the race win in a time of 10:56 ahead of his teammate Gable Ohm.

The top teams spots flipped in the middle school girls 3k race. Festus won with a dominating 25 point team score ahead of Washington. Lucy Boyer (8th grade) of Festus won the race with a time of 12:41 ahead of her teammate Kendall Counts.